* manual to be uploaded soon

The inhabitants of Transylvania are very concerned about a strange

many of its inhabitants.

They think the origin of this plague is related to Count Dracula, a

strange being who lives in a castle near the town, from which no one

To solve this enigma and end this plague, they have hired a professor

Unfortunately, the carriage in which our brave professor was traveling

on the way to the castle, the supposed origin of this disease, has

suffered an accident, and when he woke up, he found some strange

marks on his neck, an unequivocal sign that he has also contracted this

OBJECTIVE OF THE GAME

In this adventure, you play the famous professor, and your mission will

be to end this terrible curse, but you must hurry, since you only have

three days before the curse ends your life…

find Count Dracula and end his life, only then will you be able to end

Finally, you must find the key that allows you to escape from the castle,

since after entering it, the heavy door has closed in your path and only

with this key will you be able to open it.

hope you liked it and thanks for your review, mate. 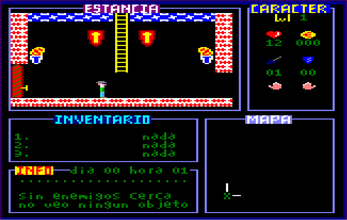 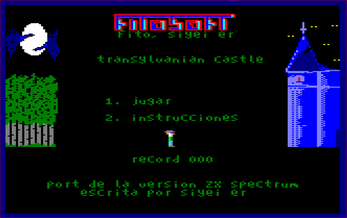